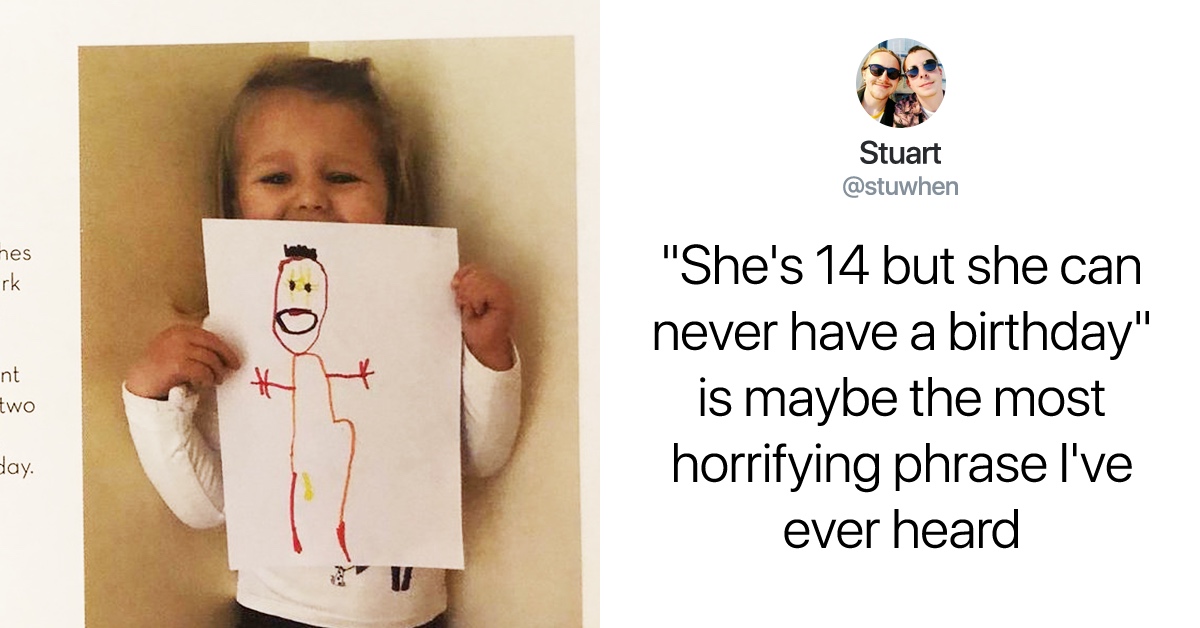 Look, we all know kids are terrifying. The fact that they can somehow manage to break every object in your house if left unattended for thirty seconds is a testament to this notion. However, they can also be weirdly spooky when it comes to discussing supernatural matters.

Recently, actress Natalie Morales came across a clipping (presumably from a school newsletter of some sort) which featured kids describing their imaginary friends. Sounds cute, right?

One little girl named Ruby has a pretty disturbing “imaginary friend”: her imaginary “mum” is a 14-year-old who is pregnant with twins, only visits her at night, and can “never have a birthday.” Her name is “Grateful.”

Ruby, you have a ghost. This is straight up terrifying. pic.twitter.com/DM0y77CWHI

Um, if that doesn’t sound like some kind of creepy, Puritan-era ghost, then I don’t know what does.

“She can never have a birthday…” ?

As one person theorized, “Grateful” could feasibly be a Puritan name — and 14 would have been a marriageable age at the time. Perhaps this mystery ghost even died during childbirth.

“Grateful” sounds like an early Puritan name that might’ve been given to a little girl – they had a preference for naming their children names that conveyed virtue. Haunting to think that “can never have a birthday” could be three-year-old speak for “died before she could give

birth to her twins.” Fourteen would’ve been a totally marriageable age prior to the 1800s or thereabouts.

One person actually illustrated a portrait of “Grateful,” which is scary as hell.

I spent more time on this than I’d hoped. Here ya go!https://t.co/sfOIzy9cek pic.twitter.com/DQqBhAw2eo

Everyone agreed, though: this story is just par for the course as far as creepy kids are concerned.

There’s a Reddit thread somewhere about creepy things kids have said to their parents. The one with the “snake neck man” freaked me right the hell out.

My young brother had an imaginary friend named “Jane”, he used to go to the kitchen at night to talk to her, one night I went to see what “they” were talking and he was saying “no Jane, I cant give you a knife to hurt my family” he was 3 years old!

On the bright side, at least Ruby sounds very precocious for her age — even if her house is most definitely haunted.

Ruby is pretty damn articulate for a 3-year-old.