Sending somebody the wrong text is something that happens a lot, although most of the time it’s completely harmless. However, a certain set of circumstances and this little mistake can be absolutely devastating. Imagine sending a sext to one of your parents? Or trying to get the Plan B pill behind your mom’s back and texting her about it?

Nope, no thanks. Embarrassing accidental texts are a way of life these days. We just hope you never have to deal with anything this awkward with your parents. Just make sure to check twice next time you’re sexting it up….you don’t want your mother involved. 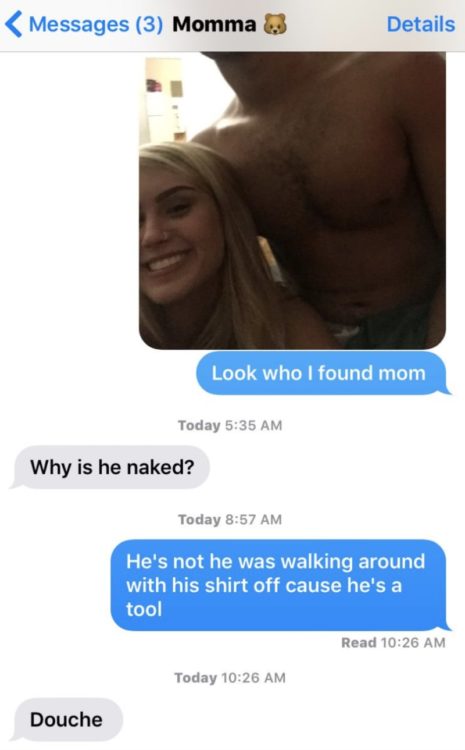 22. There is no beating that response.

21. I’m sure her dad was super impressed with her creativity.

20. No chance Dad isn’t impressed by this turkey.

OH MY GOD I ACCIDENTALLY TEXTED MY MOM A PIC OF SID CROSBY SAYING "dAMN MY MAN THICCC ". I HATE MYSELF pic.twitter.com/TafwuPyrzi

16. Hopefully, she’ll believe you were out buying a new vase.

15. He’s also cooking later, he grows his own garnishes.

14. Mom might have to break the bad news to her.